Coffee and Coke – A Match Made in Heaven? 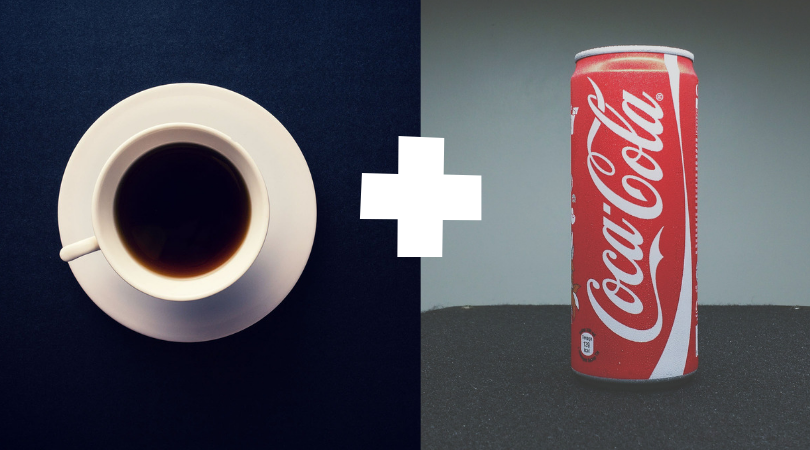 Love coffee? Love Coca-Cola? Well you’re in luck! If you’re prepared for the ultimate blast of caffeine, Coca Cola plus Coffee could be your new favorite afternoon pick-me-up.

What is Coca Cola Plus Coffee?

So, how does this whole soda coffee thing work? Coca-Cola recently released a new drink called Coca Cola Plus Coffee. A blend of the sweetness of Coke and the smooth taste of actual coffee, this drink packs a big punch. While it doesn’t contain quite as much caffeine as a cup of coffee, it contains more than your average can of soda.

While Coca-Cola isn’t new to the coffee game, they have higher hopes for this beverage than previous products. The most recent, Coke Blak, flopped after two years on the market. The new drink has received promising feedback in a number of different countries including Australia, Asia, and Italy.

In a world that is focusing more and more on healthy choices, including less sugar,  Coca Cola Coffee is a competitive option as it contains less sugar than a normal can of Coke. In addition to being a better choice than sugary sodas, consumers have been gravitating towards ready-to-drink coffee for the past few years. In fact, ready-to-drink coffee is one of the fastest growing segments in the coffee industry. And just to top things off, cold brew and chilled coffee drinks continue to grow in popularity in the U.S., making this the ideal time for Coke to consider bringing Coca Cola Plus Coffee to the U.S. market.

So, when is this new concoction coming to the United States? As of now, the company is planning to bring the new drink to 25 countries by the end of 2019 – however, Coca-Cola hasn’t committed 100% to bringing the beverage to the U.S – but they are optimistic there will be a place for Coca Cola Plus Coffee here in the future.