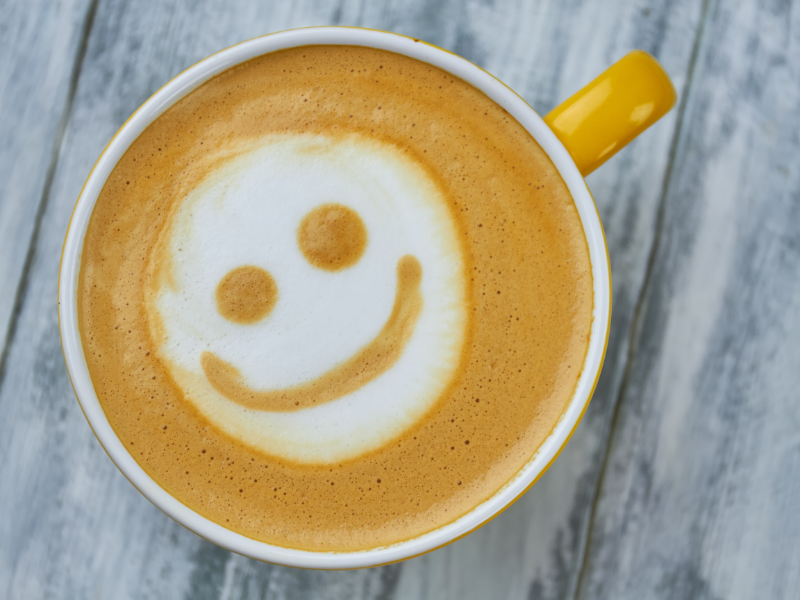 If you love coffee, you probably know some great facts about this delicious beverage. But, we like to dig deep here at Coffee Mill and we’ve discovered some very interesting and fun coffee info we can’t wait to share with you. Get ready for coffee trivia, because here are 6 crazy facts about coffee you won’t soon forget!

It all started in the 1990’s when someone brewed a pot of coffee at the University of Cambridge. mbridge and they were blown away by how fast people drank it. To ensure everyone had a fair chance at fresh java, they set up a camera on the coffee pot that everyone could view from their desks. This coffee pot webcam eventually made it to the World Wide Web where people from around the world watched the $100 coffee maker brew.

In 2018 alone, Brazil produced a staggering 3.6 billion kilograms of coffee beans. That’s nearly double the amount of any other country. And, from 1800-1852 Brazil went from producing almost nothing to being the number one coffee producer in the world –  a title they’ve had for about 168 years.

3. The world’s most expensive java comes from dung

That’s right. As gross as it sounds, Black Ivory Coffee, made from elephant dung, costs more than $500 a pound. To make this questionable beverage, elephants in Thailand eat coffee cherries. From there, the elephants’ digestive enzymes somehow transform the compounds in the beans. Shockingly, this is not the first coffee in history made from poop.

4. Bach once wrote a comic opera all about coffee

5. Our beloved Cappuccinos gets its name from Friars

Cappuccino got its name from members of a larger Franciscan order of monks founded in Italy during the 16th century called Capuchin friars. The color of espresso mixed with the frother milk resembled the color to the Capuchin robe.

6. Wives could divorce their husbands in Constantinople because of coffee

Coffee shops could be found everywhere in Constantinople by the late 15th century. Because it was such a huge part of Turkish culture, legend has it there was a law stating that a woman could divorce her husband if he neglected to give her enough coffee.

Looking for more coffee fun? Check out the Coffee Mill blog. Want to share these crazy coffee facts with the office? We’d love to help you create the perfect office beverage service, give us a call today to get started.