Coffee Facts from Around the World 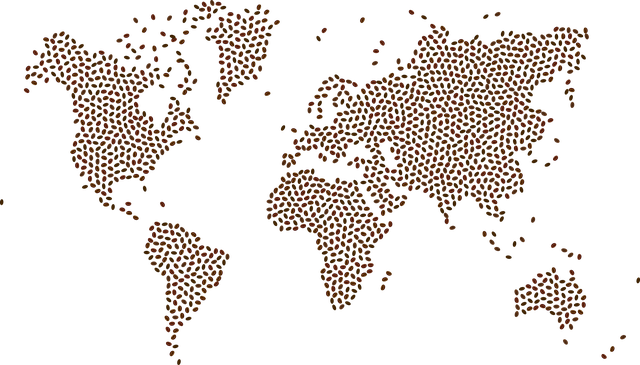 Coffee is the most incredible, best tasting, production-promoting, wake-me-up-in-the-morning, put-me-to-bed-at-night drink in the whole of the history of human existence; that’s a fact. Read these coffee facts from around the world.

Coffee: one of the most highly traded commodities in the world.  Worldwide, the industry is worth $20 billion and employs more than 125 million people. On average, people consume 500 billion cups of coffee every year around the world.

Coffee as a drink first appeared in the 15th century in modern day Yemen. It was traded throughout West Africa and Arabia for centuries. With the rise of the Ottoman Empire, it spread throughout the Mediterranean, becoming a favorite drink in much of the Islamic world. The Ottomans first brought coffee to Venice and traded it with European merchants. Coffee’s popularity really took off when it reached the British Isles. The British East India Tea company worked against their own name, bringing coffee to the rest of the English Empire. This included Australia, India, Canada and the United States. Initially, coffee was not popular in the U.S. But it’s popularity skyrocketed during the Revolutionary War; English tea fell out of favor in a fever of war time spite.

The Frenchman, Gabriel de Clieu was the first to bring coffee to the Caribbean when he started growing it in the French territory of Martinique. From there, growing coffee became a key industry throughout the Caribbean and South America. So popular is the coffee trade in Latin America that Brazil is now the largest coffee growing nation in the world, producing close to a third of all coffee consumed. Today, farmers grow coffee in 70 different countries, mostly in the developing world. The only state in America where coffee is grown is Hawaii.

One of the most amazing things about coffee is the positive impact the industry has had for workers in the developing world. Coffee growers and exporters have come together to form a number of Fair Trade Organizations that agree on standards of production and selling costs so that growers can ensure safe working conditions and fair pay for their employees. The industry has also set standards for eliminating chemicals and synthetic compounds to certified organic coffees. The Rainforest Alliance sets high standards for ethical, sustainable production, creating a place for plants and animals in the world wide coffee trade.  Meanwhile, the Smithsonian Migratory Bird Center (SMBC) protects hundreds of forest bird species in coffee growing regions. In these ways, the coffee industry creates new benchmarks for ethical expectations for this highly-traded commodity.

Of all of these, one of the most important coffee facts from around the world is that it is the best tasting way to wake up in the morning and the most flavorful way to make it through you day! If you would like to bring the great taste of coffee to your work day, give us a call at Coffee Mill and we will show you how you can make every day taste special…and that’s a fact.