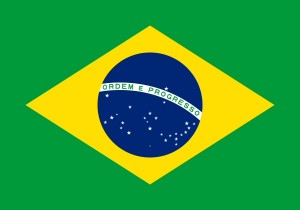 Persistent dryness in the coffee belt region of Brazil has provoked serious concerns over the fragile blossoming stage of coffee production. This crucial step may be adversely affected if the much needed follow-up rains fail to fall and provide the moisture that is key for ensuring the proper development of the flowers that set and form the cherries for next year’s harvest.

Thus, coffee growers in Brazil are holding off on their crop sales in expectation of higher prices ahead, despite forecasts for rain for the drought-hit plantations. These expectations keep futures tumbling. The reluctance to sell, despite prices which this month hit a two-year high of 225.50 cents a pound for New York-traded arabica coffee futures, reflects expectations of further appreciation to come.

According to research institute Cepea, producers in the Zona de Mata Mineira, in the south east of Minas Gerais, Brazil’s top coffee growing state, and in Maogiana have sold less than 20% of this year’s coffee harvest. While growers in some other regions have sold a much higher proportion–for instance, farmers in north western Parana have priced 60% of their crop–a significantly smaller harvest may be ahead.

Further, According to the official Conab crop bureau, Parana’s coffee production, strictly arabica beans, has fallen steeply due to frost in the previous year as well as a lack of needed moisture, tumbling 69% to 510 million bags. Zona de Mata output fell by 36% to 3.02 million bags.

Growers are playing it safe, despite promise of rains.

Meteorologists forecast that rains in Minas Gerais should spread more widely over the coffee-growing regions in the coming weeks. But even though the rains are beginning to return and are expected to continue, the moisture that will hopefully bring some crops back to life is likely not adequate to salvage all the losses.

That being said, some producers in southern areas in Minas Gerais are already estimating a 30% production loss for 2015.