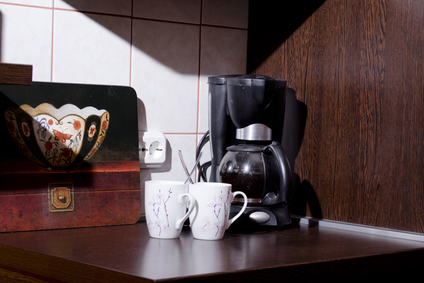 Of course, coffee itself is an ancient discovery with legend tracing its use back to Ethiopia. There, Kaldi, a goat herder is said to have first discovered it’s eye-opening properties when his goats ate some berries from the coffee tree and became so energetic they wouldn’t sleep. Kaldi, knowing he had discovered something of some importance reported this finding to the local monastery. The abbot made himself a drink with these berries and found that it kept him awake and alert through the long hours of evening prayer.

By the 16th century, coffee houses had begun to spring up in the Middle East with many people also enjoying coffee in their homes. As pilgrimages to Mecca carried vast numbers of people from all around, coffee’s popularity began to spread and by the 1700’s Thomas Jefferson referred to it as the “favorite drink of the civilized world”.

The coffee filter, something few of us could imagine doing without, did not come along until the end of the 1700’s. These “filters” were frequently made of burlap or even cotton socks which contaminated the taste of the coffee.

In the 1800’s, vacuum brewers became popular which eliminated the need for a stove top or liquid fuels.

The mid-1900’s ushered in the percolator which is a direct predecessor of the office and home coffee makers of today. Following the war, a standardized look began to take hold as consumer demand soared and production needed to keep up.

Today, single-cup coffee makers and large office coffee machines are available in a variety of colors, sizes, and styles.