How Tea Changed History (for Better or Worse) 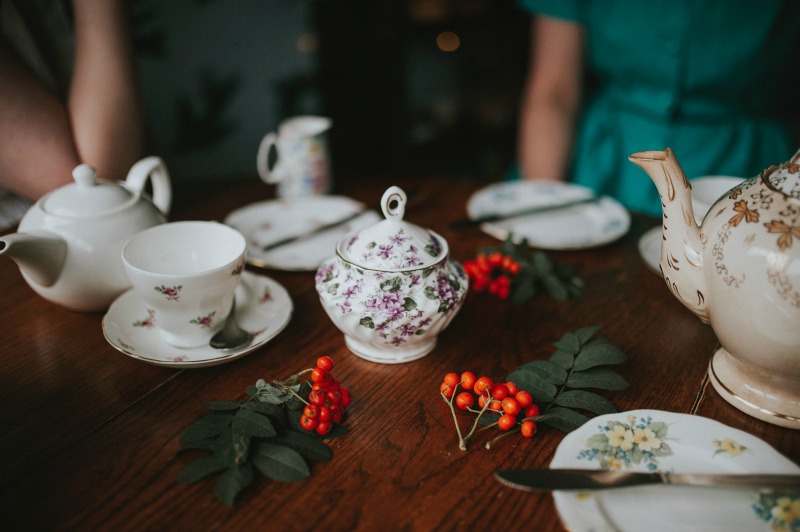 Legend has it that tea was discovered in China in 2737 BCE during the Han Dynasty when the Emperor was sitting under a tree while one of his servants was attentively boiling water atop a fire beside him. A leaf fell into the water and, being a dedicated herbalist, the Emperor decided to try the brew.

All tea comes from the plant Camellia Sinensis and the resulting drink quickly became the preferred refreshment for royalty, clerics, and merchants throughout Asia.

The Mottled History of Tea

When the British arrived in China they pleaded to be allowed to trade for tea. The Emperor was reluctant, knowing the history of British treatment of their colonies. He agreed to allow trade but limited it only to the port of Canton. Unfortunately, the British taste for tea far exceeded the Chinese desire for British goods. This lead Britain to begin a roundabout trade of the opium grown in British controlled India for Chinese tea.

Dismayed at the impact that opium was having on his country, the Emperor seized an enormous quantity of British opium to remove it from his country. This led to the first Opium Wars in 1839. The United Kingdom won the war and forced China to open up more ports for the English tea trade. The second Opium War found France allied with Britain to force China to open up even more ports and allow far greater avenues for trade to bring tea to the rich classes of Europe.

The popularity of Chinese tea in Britain, France, and the Americas led to another, related impact on the western world. The influence of tea on the upper classes in Europe and America also corresponded with the popularity of the porcelain serving sets that came to be known simply as ‘China’.

Another impact of the Opium Wars is that British spies stole seeds from Chinese tea plants and brought them to their colonies in India. Over time this created a the massive Indian tea trade that outlasted colonization. Today, India is the 2nd largest tea producer in the world. They export 13% of the world’s tea. This part of their economy amounts to 13,000 tea gardens nationwide and employs 2 million people.

For years, British rules forbade any sale of tea in their colonies that didn’t originate out of the London tea warehouses. This naturally led to smugglers and privateers competing to bring new shipments to thirsty ports throughout the English Empire. This resulted in boat wrights finding new technologies to improve the speed of transport ships.  Tea smuggling was big business, especially in America, for those who wanted an easy way to make a large amount of money.

This lead to a famous race on May 30th, 1866 when ship captains were offered 10 shillings per ton, plus 100 pounds to the winning captain and a bonus of one month’s wages for the winning crew.  The winning ship made the trip from China, around the Cape of Good Hope in Africa, arriving in London just 99 days later. This ship made the 8,000-mile voyage just 38 minutes ahead of the second place finisher.

The history of tea is riddled with fighting and good fortune, but here at Coffee Mill, we prefer to enjoy it in peace.