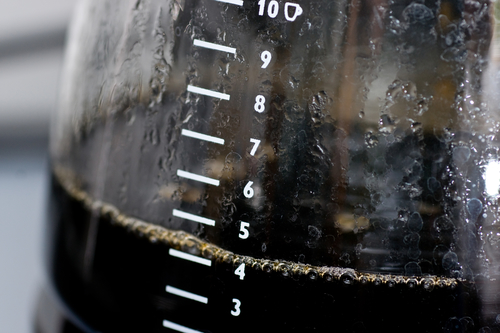 If you are one of the thousands of Americans who wake up every morning and stumble to the coffee maker for a rich and roasted cup of joe, chances are at some point in your life you’ve come into contact with a Mr. Coffee coffee maker.

Along with his business partner Samuel Glazer, Vincent Marotta Sr, who passed away on August 1 this year in Ohio, introduced one of the first automatic drip coffee makers in 1972, revolutionizing the way the world got their caffeine fix. Two years later in 1974, the pair had sold more than one million units.

The nation fell in love with the Mr. Coffee design which replaced the traditional percolator, a technology that many consumers disliked as it often produced a burned and soured taste. Marotta’s design was originally bright yellow and white gingham, a stark contrast to the sleek and sexy coffee machines we find in our kitchens today.
The brand became famous thanks to iconic TV commercials featuring major league baseball player Joe DiMaggio of the St. Louis Cardinals.

Marotta was the son of Italian immigrants, his father a coal dealer. He was a celebrated sportsman in this youth, and was signed by a major league team right out of high school, a life he never lived after he joined the army during World War II.

After his stint in the service, he was signed by the Cleveland Browns, for whom he played for a short while before establishing a real estate company with Glazer, which struggled in the economy and lead the men to explore other money-making options.

Marotta saw a gap in the market, in between the controversial percolator and instant coffee, neither of which he saw as very popular. Along with Glaze, he consulted a team of engineers, and together they designed the original Mr. Coffee machine, which heated water before pushing it through coffee grounds inside the filter, which would then drip down into the carafe to be enjoyed.

More recently, the design has been updated and no longer pushes the water over a heating coil, but instead uses a flash boiling chamber to heat the water before it comes into contact with the coffee. This process is believed to make more coffee in less time, and doesn’t use a warming plate to keep the temperature of the coffee, which has been known to produce a burned taste.

Entrepreneurs such as Marotta have a huge impact on their industry through invention, dedication and innovation. Along with his business partner, he transformed the way we consume one of our most favorite beverages, and his business prowess will be missed by all in the industry.

So the next time you brew yourself a carafe in the morning using a Mr. Coffee machine, raise a cup to the man that made it all possible.