This is Why Americans Love Coffee: Coffee Loves Us 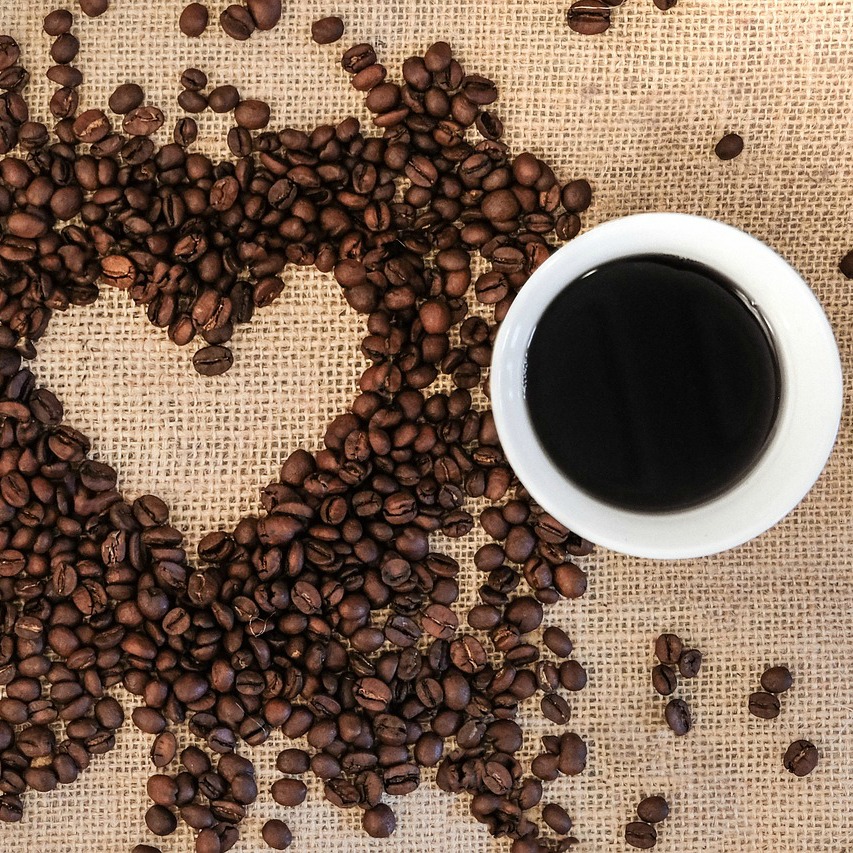 Coffee. For millions of Americans, it’s the one good reason to get out of bed in the morning. Warm and tasty, that first cup is the promise of good things to come in your day. Americans drink more than 400 million cups of coffee every day, but did you know that coffee is much more than just an early morning pick-me-up? Coffee, when consumed in moderate doses, coffee nutrition is actually good for you.

First, coffee is nutritious. It’s a good source of riboflavin, vitamin B5, manganese, potassium, and niacin. Coffee is the number one source of antioxidants in the average American diet. The caffeine in coffee has been found to break down fat cells, releasing their energy to the body. This is why you feel energized after that first cup of the morning. This released energy boosts your metabolic rate by as much as 11%, which improves weight loss. Studies have found that the caffeine in coffee nutrition can help obese individuals increase fat burning by 10%, and for lean coffee drinkers the improvement can be as much as 29%.

That newly awake feeling you get from your first cup of coffee has undergone a great deal of scientific research as well. Besides giving us a boost of energy, caffeine also incites the creation of adrenaline in the body. Studies have shown that a cup of coffee before your workout can improve your athletic performance by up to 12%. Caffeine has also been found to bond with the brain’s neurotransmitters in ways that improve mood, memory, test accuracy, vigilance, and work speed for job tasks. This is why all good bosses keep a pot of coffee in the breakroom to improve employee morale and productivity.

This is just the beginning of the benefits that moderate, daily coffee consumption has been found to deliver. The evidence is compiling that coffee nutrition is good for your liver. Liver cancers are the third leading cause of death in the United States; however, coffee is now being linked to a 40% decrease in your risk. There are even studies showing that drinking three or more cups a day may lower your risk by as much as 50%. For those who enjoy a cup of coffee in the morning and a nice toddy before bed, coffee has been found to lower the risk of cirrhosis of the liver from alcohol consumption by up to 22%.

The improvement in mood that your morning coffee brings is also being shown to have important and long-lasting effects. A Harvard study in 2011 found that women who drank four or more cups a day had 20% fewer incidents of depression than those who abstained. Other studies found that regular coffee drinkers had crucially reduced incidents of self-harm.

Then there are the findings that coffee can actually cause you to live longer. Doctors in Beth Israel Deaconess Medical Center found that drinking coffee in moderation can actually protect against heart failure.  Researchers in the U.S. have found a link showing that higher coffee intake is associated with significantly lower incidences of Parkinson’s disease.  In addition, caffeine may help to control movement in those already suffering from Parkinson’s. Studies have found that regular coffee intake can lower your risk of Alzheimer’s disease by as much as 65% and reduce the risk of stroke by 20%. All of this has led to a new study out of the American Journal of Epidemiology that found that drinking four or five cups of coffee a day may actually reduce your risk of early death.

So, drink up. That morning cup of coffee nutrition that you need to give you the strength to manage your early commute is working to make your day, and your life, longer, happier, and more productive. So, maybe just one more cup and then it’s time to start the day.